Skip to content
WE HAVE RAISED OVER £20,000 FOR RNLI, NHS AND EMERGENCY SERVICE CHARITIES SO FAR!

What is an Americano?

The Americano is enjoyed internationally by so many, but what actually is it and how does it differ from a standard filter coffee? 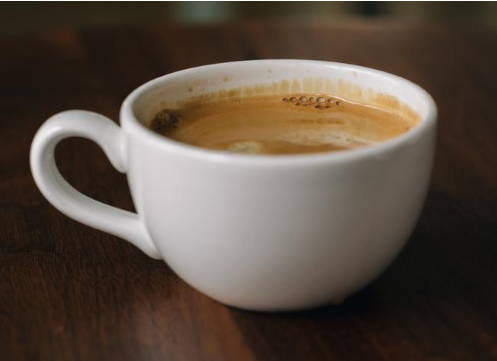 Firstly, let's run through the difference between an espresso and a standard filter coffee.

Filter coffee, also known as drip coffee is typically brewed by hand or machine using a paper filter and hot water. Ground coffee is placed into the filter and the hot water is poured over it. This method uses a draining method as gravity allows for the water to drain through the coffee beans and extracts the flavour.

An espresso on the other hand is a classic Italian drink typically made using a machine where fine ground coffee is placed into a ‘portafilter’. Baristas consider the portafilter to be the most important part of brewing an espresso as it compresses the fine coffee prior to heating. Once within the machine hot water is forced through the portafilter at high pressures to extract the flavours. This is the familiar sound you often hear in coffee shops.

The differences in the coffee grind and the method of brewing change the coffee style and taste.

So where does the Americano fit into this? It is believed that the Americano originated during World War II. The American soldiers who were stationed in Europe began to add water to espresso in an effort to replicate their filter style coffee from home.

Coffee with a Cause

Frontline Coffee is a small batch, roast to order coffee company. Founded by Firefighters, we serve the frontline community premium fresh roasted coffee. We donate all of our profits to NHS, RNLI and Emergency Service Charities.